"National Surveyors Week" is celebrated annually during the third week of March. This period was established by the 110th U.S. Congress, 2nd session on September 24, 2008 by the passage of Concurrent Resolution H. CON. RES. 223. In so doing, the Congress called upon the people of the United States to observe, celebrate, and "pay tribute to professional land surveyors for their contribution to society". They also invited the citizenry to"look back at the historic contributions of surveying and look ahead to the new technologies which are constantly modernizing this honored and learned profession."

This display was set up in support of National Surveyors Week as a joint venture with the Santa Clara County Surveyor, Gwen Gee and the Mount Diablo Surveyors Historical Society. MDSHS supplied all (99%) of the articles. Angie Schultz (SSCo. Surveyor's office) obtained the use of the display case. There are two buildings at this location, designated as "West Wing" & "East Wing". The display was in the enclosed connection between the two buildings. The County Surveyor's office is in the West Wing. 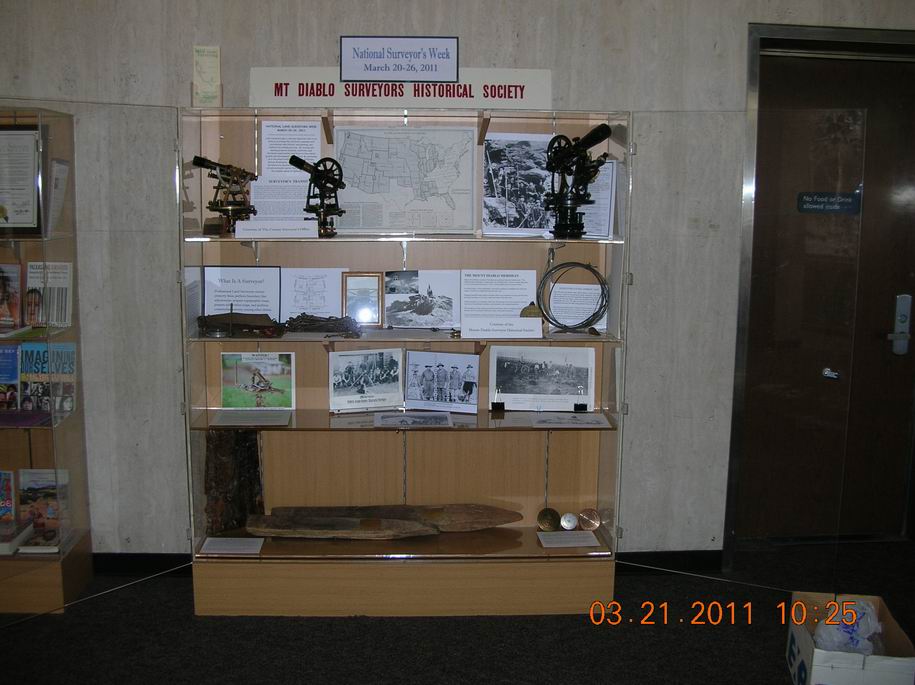 The completed display, open to the public. 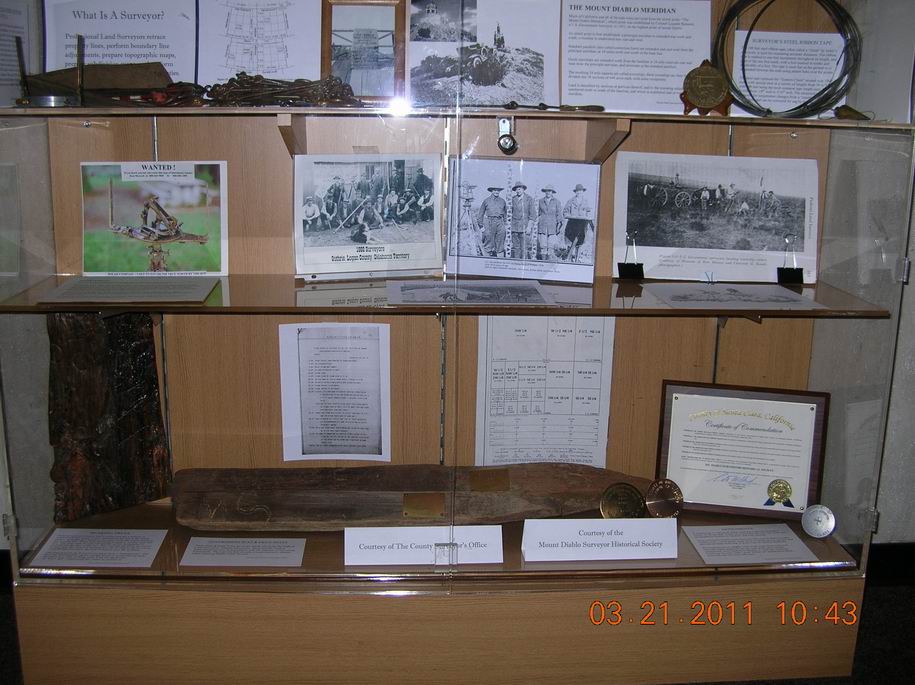 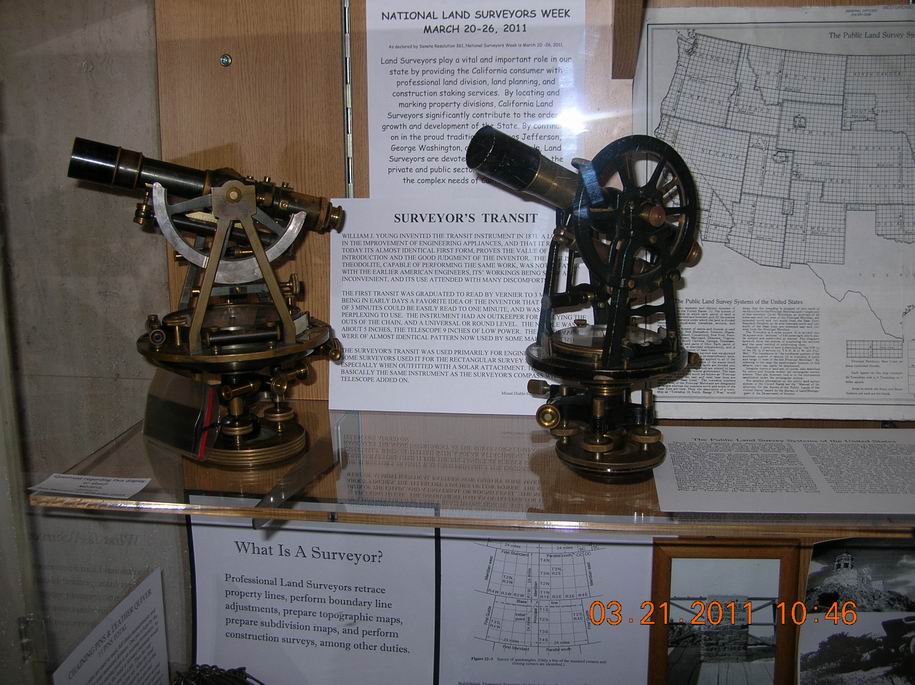 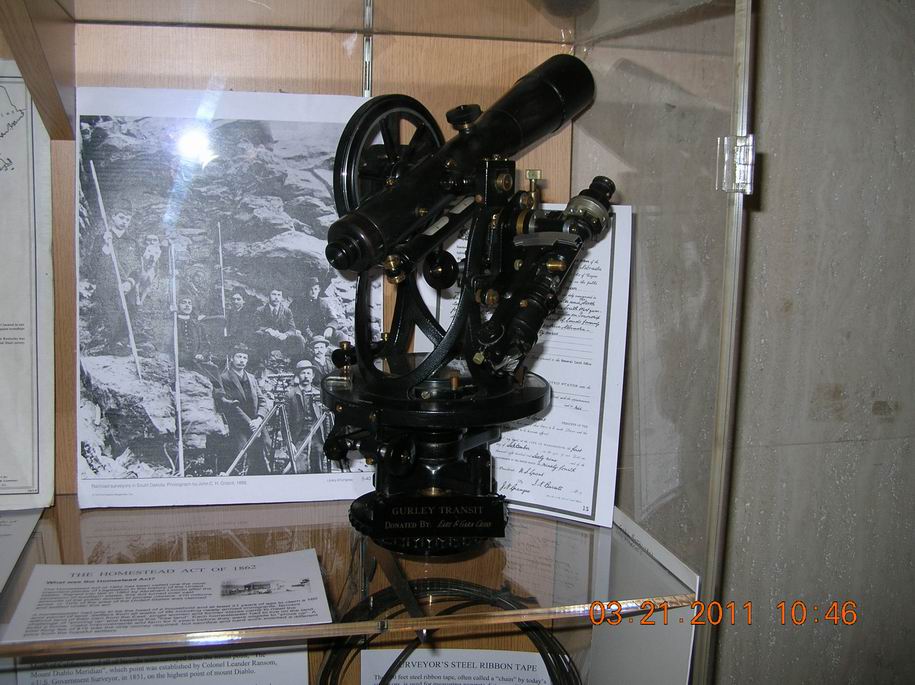 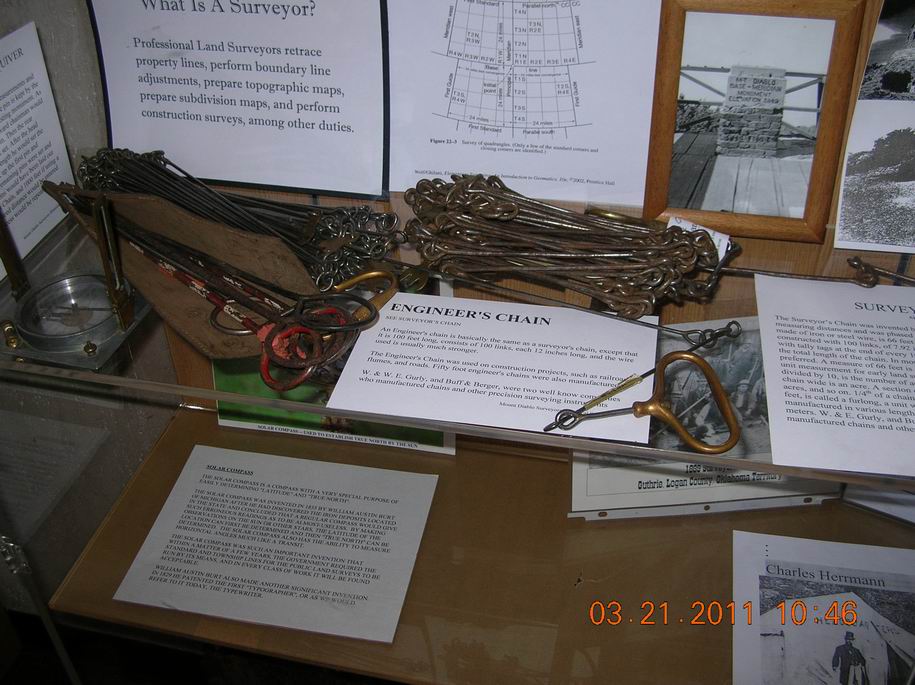 Setting up the display.

There are two buildings at this location, designated as "West Wing" & "East Wing".
The display was in the enclosed connection between the two buildings. 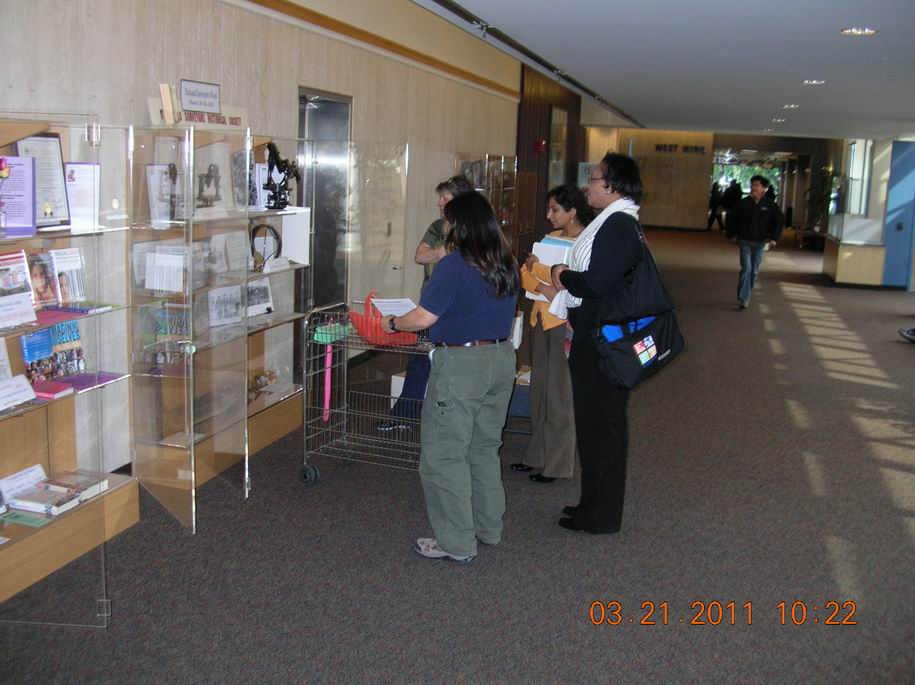 Gwen and Angie work hard to finish the display, they are already drawing a crowd! 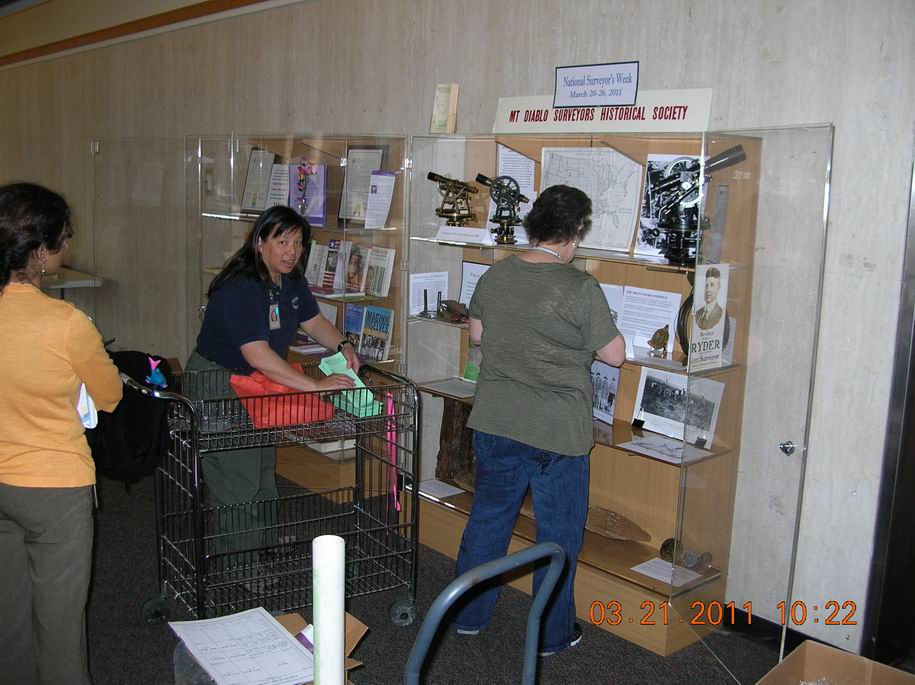 Gwen and Angie (back to camera) get to it! 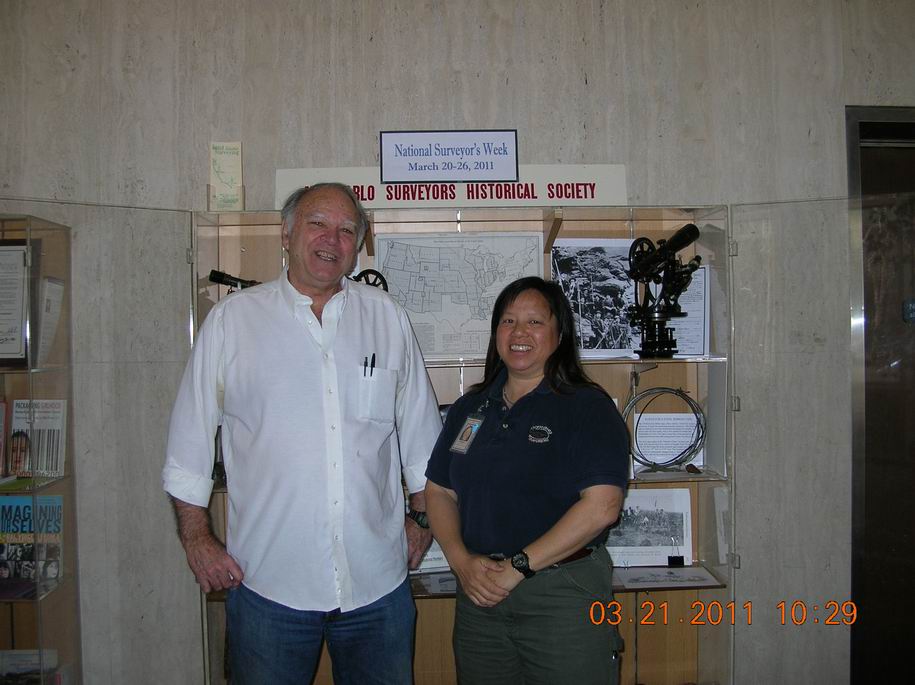