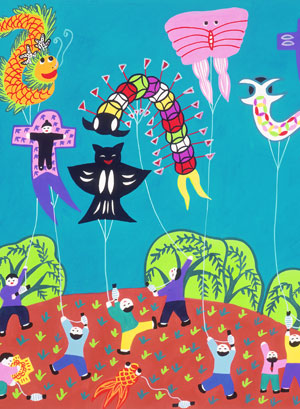 Please scroll down to view information and photographs from this event.

On Sunday May 24th and Monday May 25th 2009 (Memorial weekend) the city of San Ramon held it's 19th annual Art & Wind Festival. The event is held annually at the corner of Bollinger Canyon and Alcosta Boulevard in Central Park. The Art & Wind Festival's popularity has grown over the years and now boasts over 200 arts and craft booths, food courts, info alley, many children activities including kite making, and three entertainment stages all going at once. Many local youth groups will be performing on smaller stages including martial arts demonstrations, dance and tap, gymnastics and musical performances. There was a lot of kite flying including professional kite flyers demonstrating their skills choreographed to music. On Monday morning at dawn (6:00 am) there was a hot air balloon launch event with many balloons of all colors. For information about this years event, visit the city's website www.artandwind.com

EBCLSA also handed out several educational DVDs about the exciting world of surveying including information about educational opportunities, including scholarships available at both 4-year University Programs which offer B.S. Degrees in Geomatics (Surveying) as well as 2-year Certificate Programs in Geomatics (Surveying). Handouts from many of these schools including Oregon Institute of Technology, California State University Fresno, Evergreen Valley College, Santa Rosa Jr. College and others were given out to the public.

Additionally members from both organizations talked with the public about how the Profession serves them and the important role that Surveyors provide to Society. Many of the Docents present were practicing Professional Land Surveyors.

Thanks must go out to Michael J. Foley for being the event Chairman for both MDSHS and EBCLSA.

Additional special thanks go out to those that helped to man the booth, including: Ross Kinnie, Dave Murtha, Duncan Marshall, Michael Foley, John May and Cris de la Paz and Keith Nofield for helping on the "equipment load out".

Please scroll down to see photos of this event. 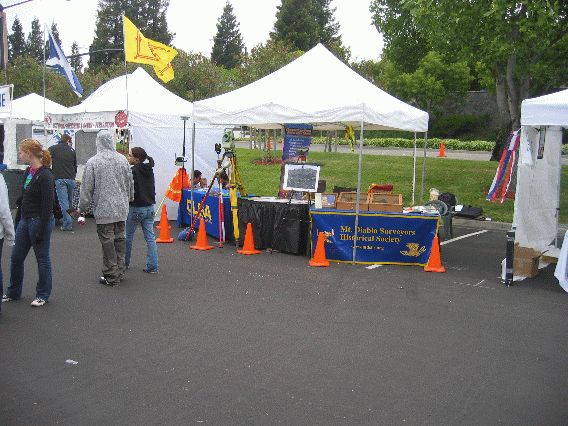 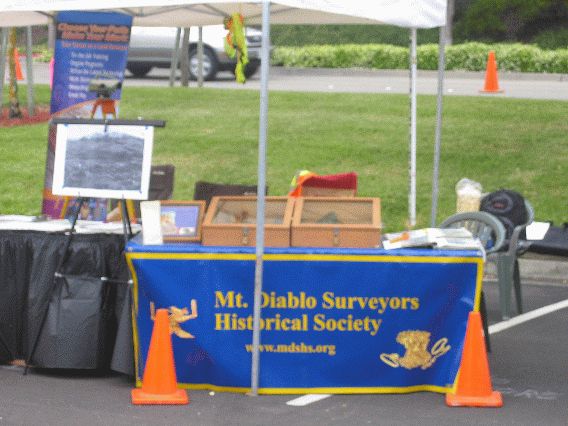 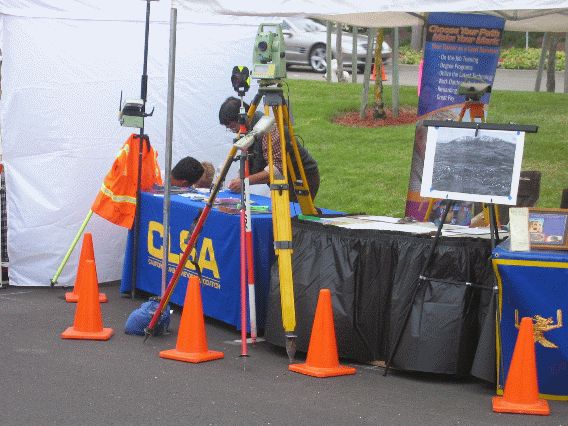 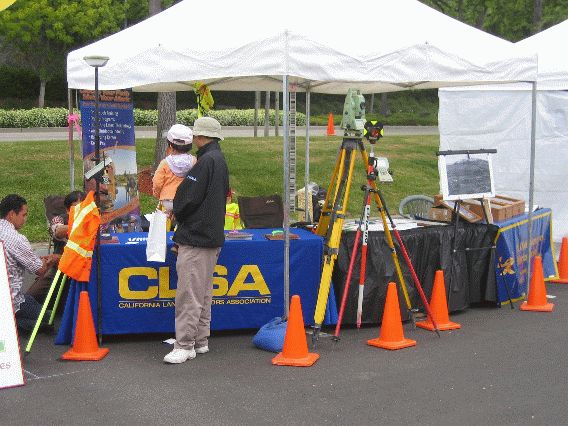 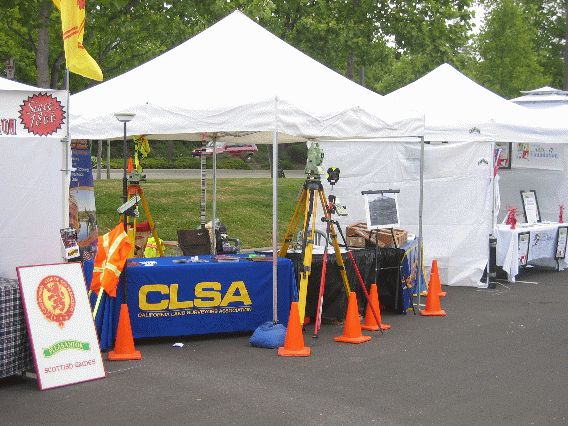 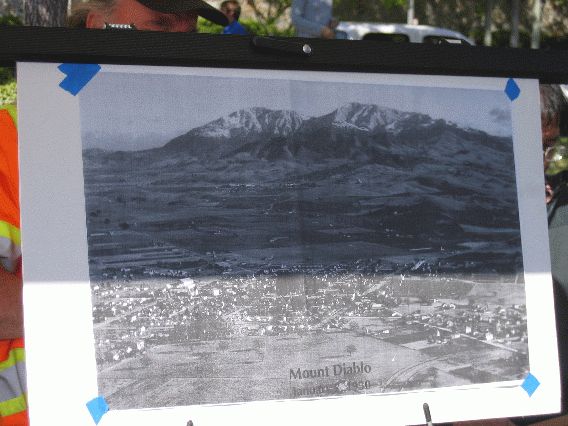 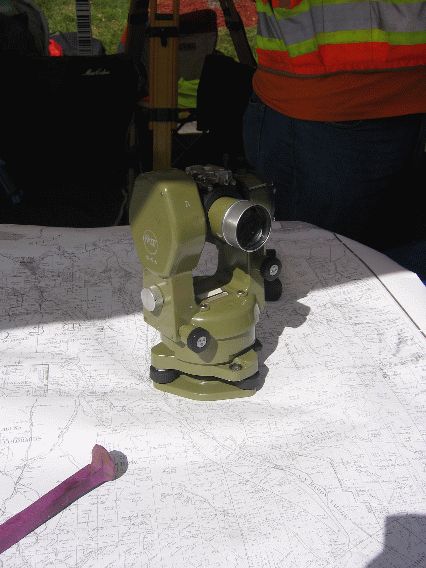 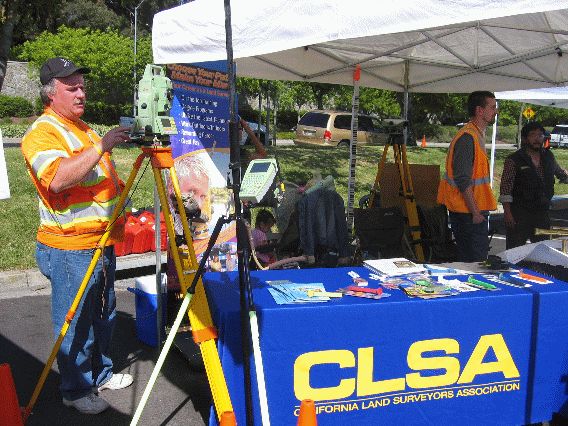 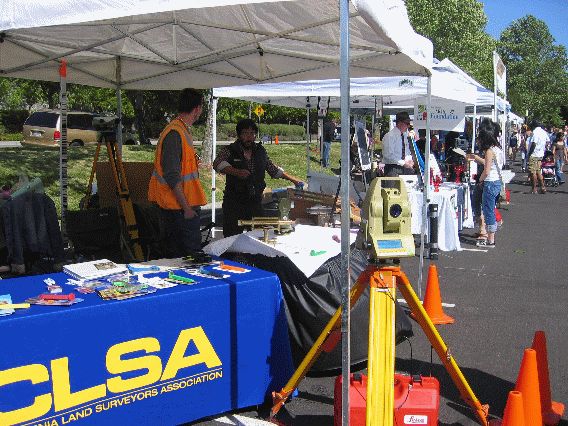 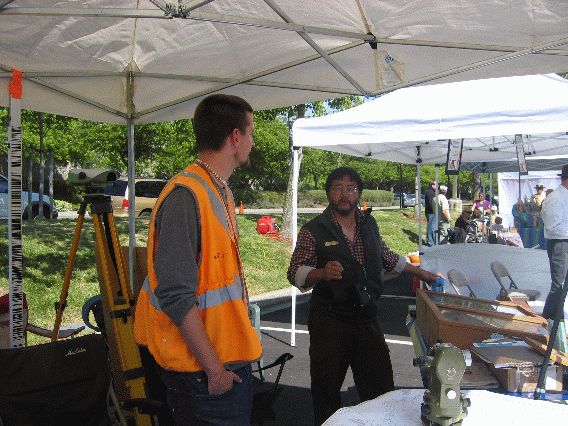 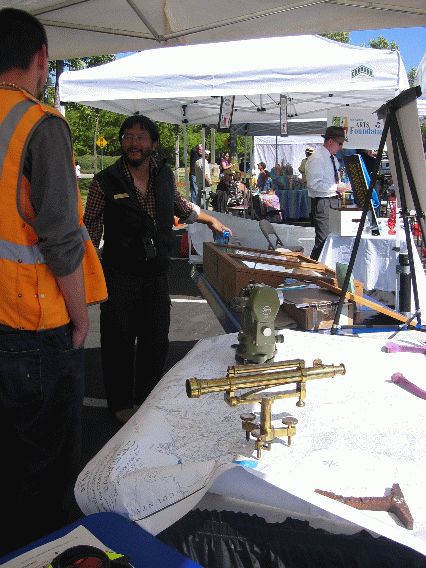 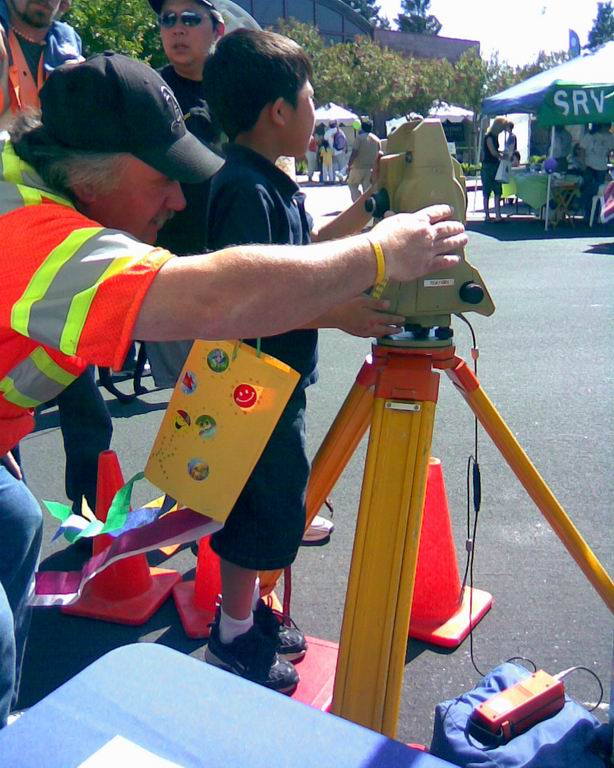 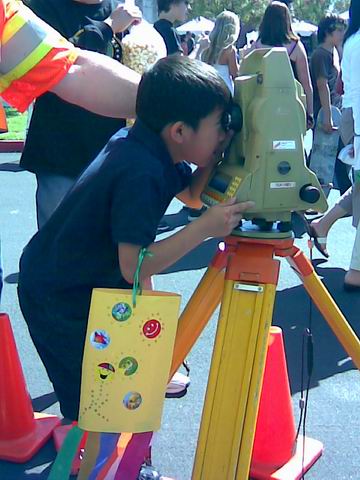 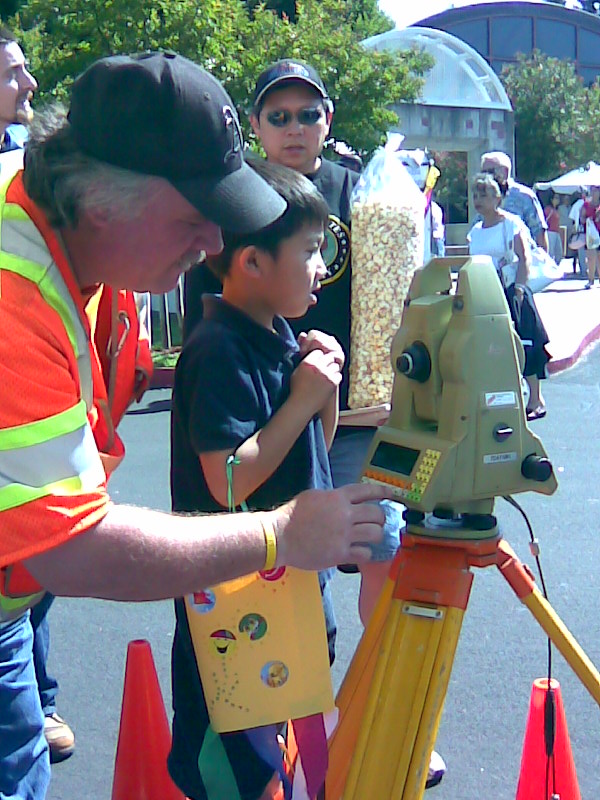 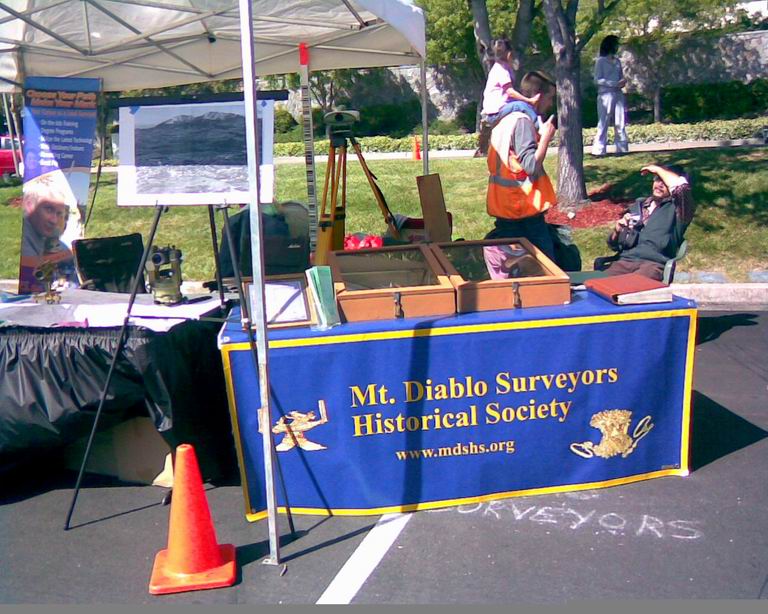 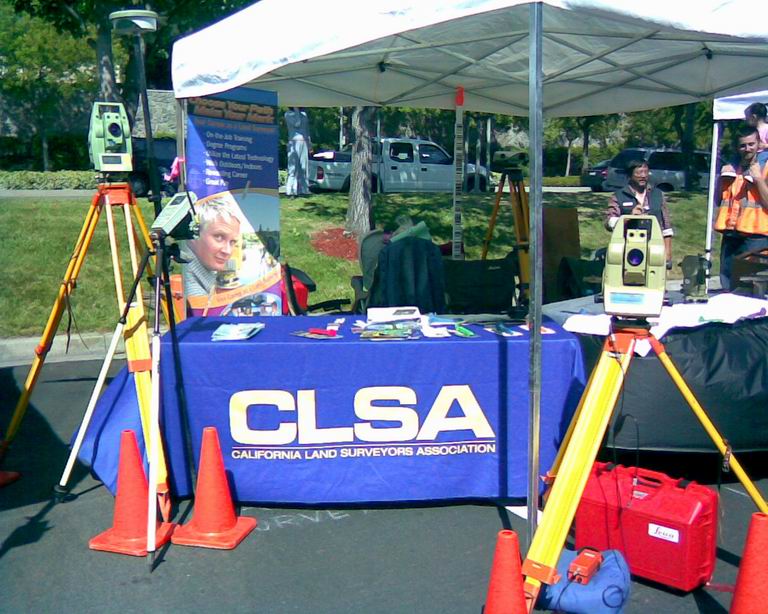 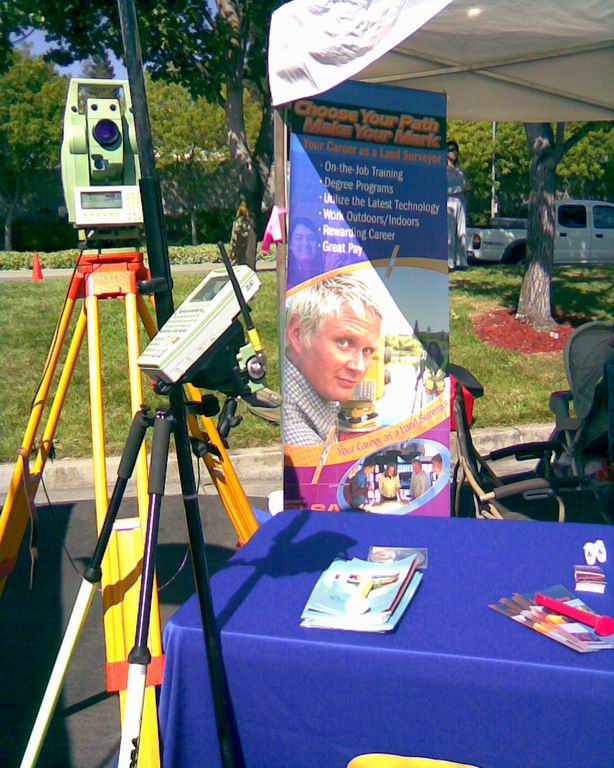 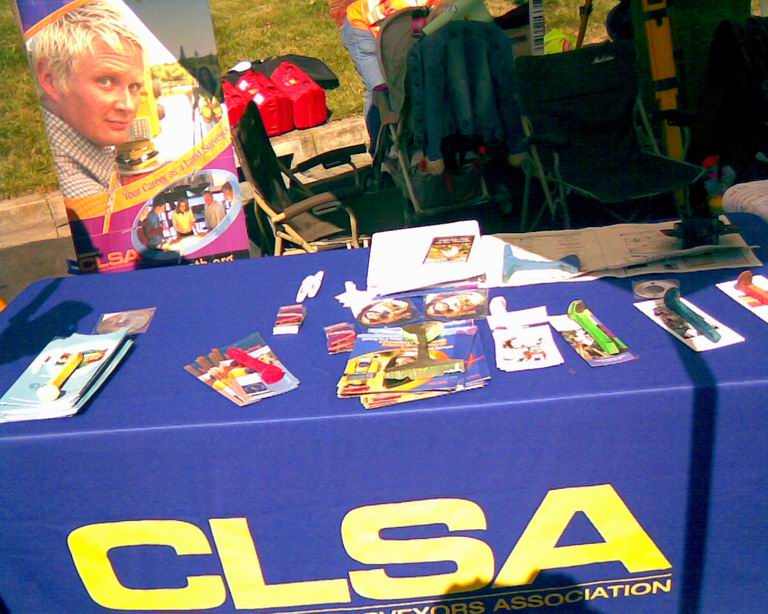 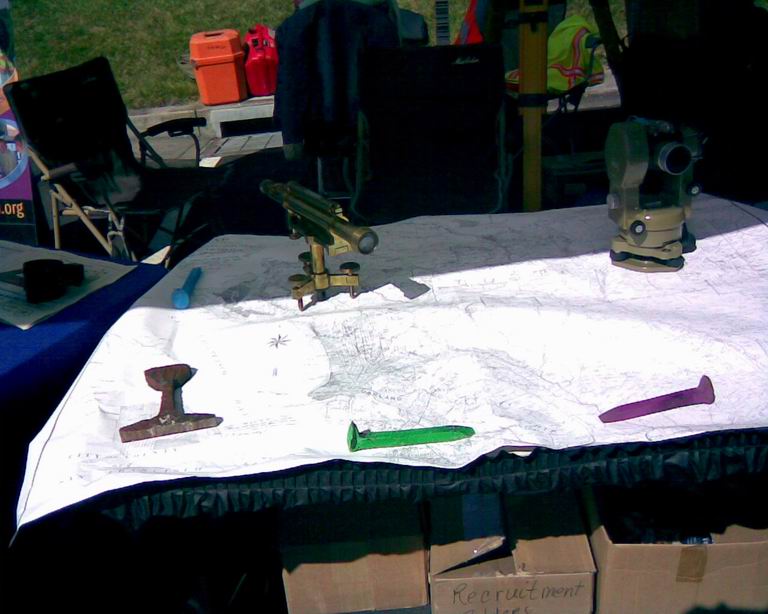 
Return to MDSHS Past Events Page