Members of your MDSHS took the opportunity to set up displays in City of Hayward's, City Hall. A five-foot display cabinet was set up in the first floor Permit Center with artifacts, literature and reference to websites of MDSHS, California Land Surveyors Association (CLSA) and the American Congress on Surveying and Mapping (ACSM). On the second floor of Engineering and Transportation, a second display was set up with a three foot folding tabletop display case. Inside were hand tools, plumb bobs, chains, and drafting tools. Behind the counter stood the two "Old Surveyors" (cutouts), Sam the Surveyor with level and Rodney the Rodman with a leveling rod that were previously displayed at the Museum of the San Ramon Valley, Danville, CA in 2001.

To learn more about the City of Hayward, Public Works, Engineering and Transportation department visit their web page here:
http://www.hayward-ca.gov/CITY-GOVERNMENT/DEPARTMENTS/PUBLIC-WORKS-ET/ 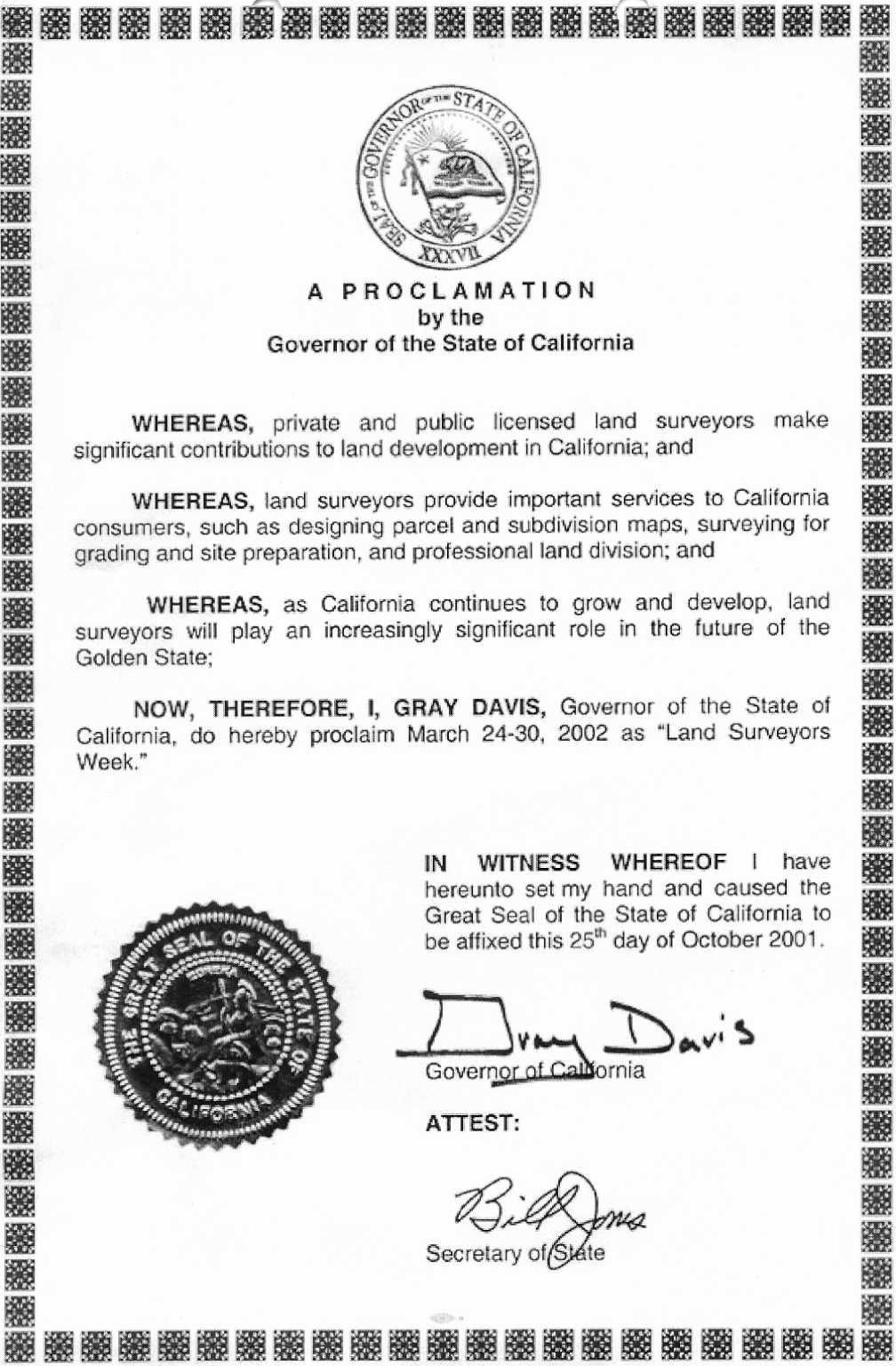 To view larger image of this proclamation, click here. Rodney the Rodman (l) and Sam the Surveyor (r) hard at work transferring elevations
on the second floor of Engineering and Transportation department.
(Their last job was running levels at the History Center, Martinez, CA!)

This display was mounted by Norman Payne, City Surveyor, City of Hayward and Keith Nofield, both of the Mount Diablo Surveyors Historical Society.
Photographs by Keith Nofield, &copy2002 MDSHS. All rights reserved.